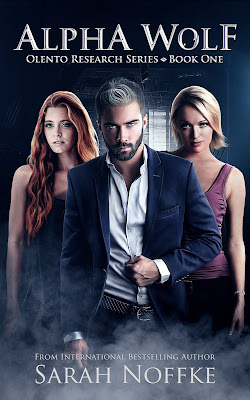 **Book provided by NetGalley for an honest review** 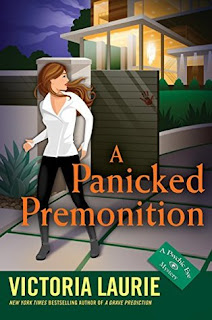 Professional psychic and FBI consultant Abby Cooper has used her inner visions to get her out of many a scrape—and solve many a crime—but she’s about to face a murder scene that will put all her powers to the test. Abby’s husband Dutch has a side business providing security and building panic rooms for wealthy clients. One morning, one of Dutch’s partners, Dave, goes missing on his way to meet a client. Abby’s intuition tells her something terrible has happened to him.

Then two of Dutch’s clients are found brutally murdered...inside their brand new panic room, and most of the evidence points to Dave as the killer.  With the authorities racing to find and arrest him, Abby's got to use all her intuitive prowess to get to Dave first, discover the real killer, and save her husband's business. This is one case where Abby is positive there’s far more to this mystery than meets her inner eye…

In the latest installment of the Abby Cooper series, Abby's handyman and dear friend Dave finds himself in a pickle, we learn his wife's actual name, and the Scooby gangs future all get tossed upside down and turned inside out as they work on the most emotional and intense investigation to date!  Will this be the end of the road for the trio of besties, or will they get their happily ever after?  Lets find out!

The story takes us back to Dutch's side business involving his security company that more recently included Bryce and Dave.  The company provides safe rooms for the rich and filthy rich.  While on the job, Dave goes missing.  When Abby receives a call from his beloved wife, (and no, I'm not spoiling that for you!) that Dave has not returned home all night, Abby gets a bad juju vibes from the ether.  Abby takes immediate action and starts the phone tree to Dutch and the gang.  While investigating his disappearance, Abby and Candace stumble upon a doozy of a story to follow that leads to very bad things.  All the while Dave's "old lady" is hanging on by a thread, terrified that something horrible has happened to him and she will possibly never see him again.

I found the story began very intriguing, but as time went by, I was very confused as to why in this particular case Abby was unable to get a grip on any info from the ether about Dave.  It was very frustrating at times, however, I later come to the conclusion that the reason may have been because she is so emotionally tied to Dave and therefore that clouded her insight.  With the murder case that tied Dave to the crime, the APD became involved complicating Abby and friends search for their friend.  The story line had a similar ring to an earlier story where Candace was "wanted" for a crime back in Las Vegas, and in turn left me feeling like the series was repeating earlier stories now.  I did enjoy the plot and the possibilities for the gang's future this book opened up, and I hope that this is why Dave had to suffer the similar story line Candace had in an earlier book.  The true depths of Dutch and Abby's love for one another, which were brought forth once again, gave me goose bumps, and also reminded me of why I love this couple so much.  They truly are soul mates in every sense of the word, and it brings me so much joy to see Abby experience true happiness after growing up in a family that was not so loving.

So in closing for all the Abby Cooper fans out there, I don't think you will be disappointed with Panicked Premonition, but you may feel a sense of dejavue.  I will without a doubt continue to anxiously await the next adventure that Abby and friends will have!

ADD TO YOUR GOODREADS SHELF:    https://www.goodreads.com/book/show/33116860-a-panicked-premonition