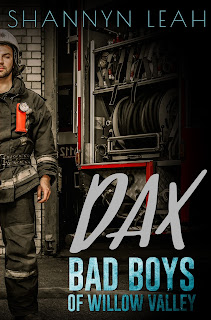 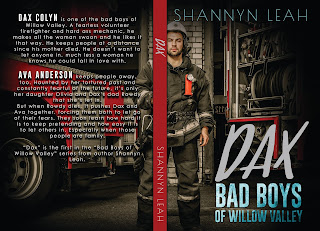 Fall in love with Dax Coyln, a volunteer firefighter and hard ass mechanic for his restoration business. He’s strong, solid, independent, until tragedy strikes that could tear him to the ground.

Dax Colyn is one of the bad boys of Willow Valley. A fearless volunteer firefighter and hard ass mechanic, he makes all the woman swoon and he likes it that way. He keeps people at a distance since his mother died. He doesn’t want to let anyone in, much less a woman he knows he could fall in love with
Ava Anderson keeps people away, too. Haunted by her tortured past and constantly fearful of the future, it’s only her daughter Olivia and Dax’s dad Rowdy that she’s let in.
But when tragedy strikes, it pushes Dax and Ava together, forcing them both to let go of their fears. They soon learn how hard it is to keep pretending and how easy it is to let others in. Especially when those people are family. 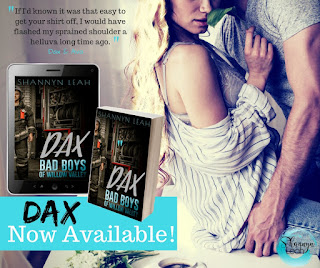 BONUS EXCERPT :
“Dax?” She’d moved directly beside him and he felt her warmth radiate near his arm. “Rowdy says you haven’t gone back to the hospital for a follow up on your shoulder.”
She set the princess-patterned bag on his desk before he could reply, not that he needed to answer her. They both knew he hadn’t gone back to see the doctor. He hated hospitals.
A couple weeks back on their way back to the station after dousing a farm fire, the new guy had driven off the road and flipped the fire truck on its side, sending all five of the men to the hospital. Had the ambulance driver not given him a choice, he wouldn’t have gone in the first place.
Big deal. Firefighters got muscle sprains all the time. Although his shoulder was being a pain and not healing. He should have gone for the follow up, but he could scrounge up a thousand excuses to hold it off, too.
Ava unzipped Olivia’s knapsack and pulled out a container of gel. “Let me see your shoulder.” Her teacher’s tone again. Damn woman.
“Ava—”
“I didn’t ask. Take off your shirt, Dax.”
He leaned back in his chair to get a better look at her. He put on his famously seductive grin and tapered his eyes. “I’ve been trying to get you out of your shirt for years and you think you can come into my office and, after one demand, think I’m going to just strip for you? Do you think I’m that easy?”
Her lips curved upwards. “You are that easy.”
“Take yours off,” he retorted.
Her jaw tightened, as did the grip on the jar in her hands. Humor swept away, her eyes didn’t waver from his, and he watched desire heat up in them. The attraction between them resonated around the four walls of his office and he knew sex with her would be mind-blowing. Except, he’d never sleep with her. He couldn’t. As much as he teased and flirted, at the end of the day, they didn’t mix. Hot and cold. Water and fire. Besides, his dad would whoop him good and serve him up for dinner if it ever went that far.
Ava’s fingers grasped the edge of her blue and white plaid blouse and hiked the material high enough to see her naval.
Goddamit. They were in his office and the wall overlooking the shop was encased with windows.
He caught her wrist, conflicted with wanting more, all of her and not wanting any of her at all.
“Alright,” he growled, pulling her shirt back down over her denim shorts.
He stood up, ignoring what looked a hell of a lot like hurt in her eyes and yanked his own black T-shirt over his head. He balled it up, frustration invading his hands and tossed it onto his desk.
“If I’d known it was that easy to get your shirt off, I would have flashed my sprained shoulder a helluva long time ago.”
One thing was for certain, the teasing had to end. She’d never given an inch and today she’d have given a whole damn foot. 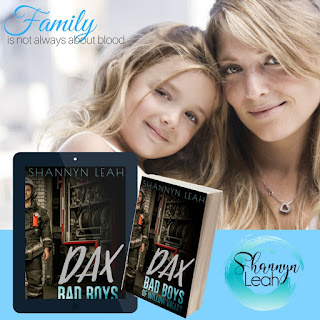 Contemporary romance author Shannyn Leah loves olives, lip gloss and reading (and writing) romance novels. Her love of words started at an early age and soon grew until, during her teenage years, she’d started writing her own novels. When her mom pushed to finally publish some of the stories, she quickly amassed two complete romance series (By The Lake and Caliendo Resort series) and, in 2016, released her first Fantasy Romance entitled The Gatekeepers (Part One of the Winters Rising series).
When she's not writing contemporary romance books into the early hours of the morning, Shannyn can be found antiquing with her two favorite people, her momma and sister, in their picturesque London, Ontario hometown. 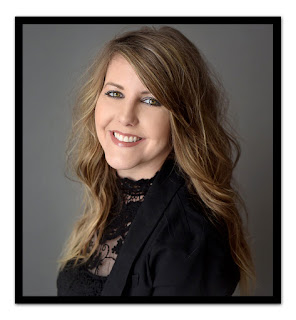 Get 3 FREE books and never miss special promotions, brand new release or the inside scoop by signing up for her newsletter. https://goo.gl/JiHvXD 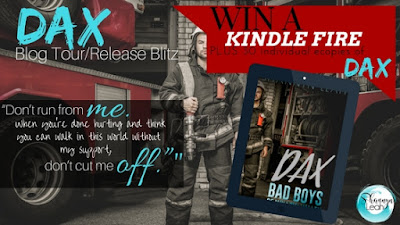 a Rafflecopter giveaway
Posted by Kim at 8:47 AM 1 comment: 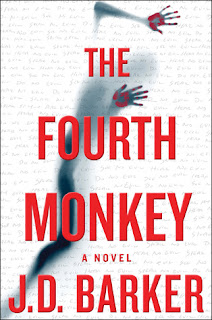