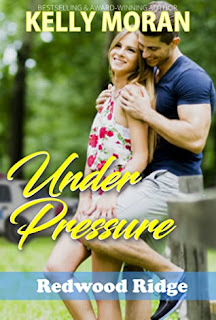 Book Review On Confessions Of A Punk Rocker 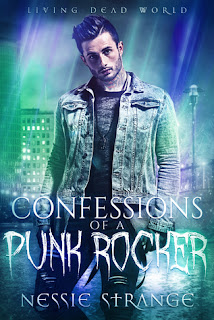 Jack Norris has just lost his best friend—who also happened to be his band's drummer—to a drunk driving accident. As he struggles to deal with the band's uncertain future and his own personal demons, those issues soon become unimportant. His dead friend has come back. And he's not showing any signs of going away. Questioning his own sanity, Jack finds his life spiraling out of control. But when a new acquaintance not only hooks him up with a drummer, but promises to help get rid of his ghostly stalker, Jack's life does a one-eighty.
Drew MacLellan, the new drummer, is more than just a new set of sticks—he's the brother of the insanely hot Jen MacLellan, who's definitely not Jack's biggest fan. Jen is nothing like the women Jack's dated in the past, but the more he gets to know her, the deeper he falls. The only problem is she's got a boyfriend. Caught between his growing attraction and the desire to do the right thing, Jack does everything he can to keep his distance. But the more he sees of her, the more he realizes he can't. He's determined to win Jen's heart, if only he can figure out how to help his dead friend rest in peace...permanently.

Jack Norris is the lead singer of a fast rising punk rock band, until his best friend and drummer are killed in a car accident. Grieving for his friend Eben lends Jack no motivation to seek out a new drummer for the band. With nothing to lose and a small push Jack finds himself scouting Drew MacLellan with a little help from his deceased friend Eben. Will Jack be able to face his guilt about Eben's death and move forward with his band, or will Eben's spirit lingering drive Jack insane?

Jack's story is sad and pathetic as it's all laid out in the first part of the book. To be honest the story went a tad slow for my liking, but with hope that the story would build some speed and layers to it, I stuck with it. I am soooo glad I stuck with it, Jack's story exceeded all preconceived ideas I was having. You see, Jack was portrayed quite the loser. He had a part time entry level job, only to shut his older brother and manager Ashton up. Jack's main focus was his band, he lived the rock star life to his full potential. Jack had no responsibilities nor did he give a fuck to have any. He drank too much and slept with any mini skirt that would have him. So when the new drummer Drew and his older sister Jen entered the picture that is when the magic really started for Jack.

The story had many layers to it to keep your interest and lay a great foundation for what's to come. This book wasn't just about Jack's band or him falling in love. It was about Jack growing into a man, an honorable, dedicated man. It was so great to read Jack's character develop in such a short period of time, (page count wise). And so you don't feel cheated, there is magic. Confessions of a Punk Rocker had me feeling so many emotions throughout the story, sadness, sympathy, disgust, anger and love. Who doesn't love a great story with psychics, seances and ghosts?!