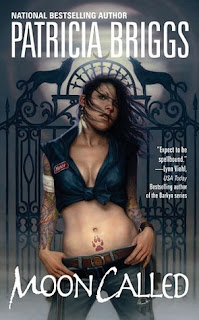 **ARC copy from the publisher for an honest review** 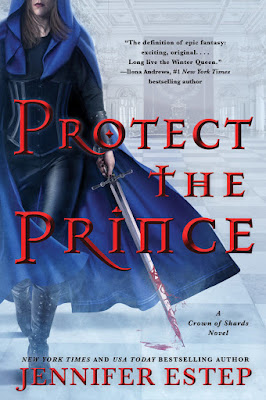 First, Evie has deal with a court full of arrogant, demanding nobles, all of whom want to get their greedy hands on her crown.  As if that wasn't bad enough, an assassin tries to kill Evie in her own throne room.

Despite the dangers, Evie goes ahead with a scheduled trip to the neighboring kingdom of Andvari in order to secure a desperately needed alliance.  But complicating matters is the stubborn Andvarian King, who wants to punish Evie for the deaths of his country men in the Seven Spire massacre.

But dark forces are at work inside the Andvarian palace, and Evie soon realizes that on one is safe.  Worse, Evie's immunity to magic starts acting in strange, unexpected ways, which makes her wonder whether she is truly strong enough to be a Winter Queen.

But Evie's magic, life, and crown aren't the only things in danger - so is her heart, thanks to Lucas Sullivan, the Andvarian King's bastard son and Evie's... well Evie isn't quite sure what Sullivan is to her.

Only one thing is certain - protecting a prince might be even harder than killing a queen...

Everleigh Blairs' whole world was changed with the war waged on Seven Spire by the evil King of Morta. They killed her Queen and her entire family. With Everleigh being the last of the Royal line, she is thrown into a power that she has no idea how to handle. Can Queen Everleigh keep her kingdom from being destroyed, all while trying to find her voice and unlock her powers to their full potential?

Protect The Prince is the second book in the Crown of Shards series. I had not read the first book in the series, but I was willing to jump into the middle of this story because I do love Jennifer Estep's work. The story line had a classic taste to it in the sense of a kingdom fighting an evil that is trying to destroy their people. It wasn't hard to follow because Estep did a great job with inserting the previous books highlights into the story with a series of flashbacks and recaps during the current stories dialogue. The people in this world are magical. The different magics appear to correlate with their family line. But since Everleigh kept referring to herself as a “mutt”, I felt like she never really knew what her capabilities were and this was a journey of discovery for her. Key players in Eveleighs court had her back and wanted her to succeed, but her biggest battle within her own kingdom was the people. All of the noblemen were more concerned about her marital status than their own safety from the Morta Kingdom. Seven Spire was a small and humble castle in comparison to others, so Everleigh sought an alliance with the Andvari Kingdom. There was much reluctance from her magier enforcer of the Black Swan troup, Lucas Sullivan, regarding this alliance. Lucas is the bastard son of Andvari's King, and had left his kindom behind that never sought him as a true Prince. Needless to say, Lucas had some daddy issues. Everleigh felt like she had no choice though, because Maeven, the bastard sister to the King of Morta, was at it again. She sent an assassin to kill Queen Everleigh in her own throne room. Little does everyone know that Everleigh's power is special.

The characters... Everleigh was a likable character for me, right off the bat. Sure she doubted herself as a Queen, but she has a strong will, amazing powers, and fighting skills but she also has a heart and good intentions that are all strong qualities for a Queen to have. Even though Everleigh was never bred to be Queen one day, nor was she raised with the Royals, she stepped up and kicked ass! Lucas Sullivan, he's kind of a bitch. He allowed his feelings to get in the way and ran away like a child all because he felt like his father didn't love him like he loved his other two sons. They were born from a Queen, he was not, but still lived in the Kings castle and was raised with his brothers and father, so suck it up bitch! No you will never be King because you're a bastard child, shit happens, move on. Despite this personality flaw of Sullivan's that I did not like, he had a connection with Everleigh, they understood each other, and they had an undeniable attraction that could melt butter. Everleigh's entourage; Paloma an ogre morph, Cho a dragon morph, Serilda a gladiator, and Xenia an ogre morph were all a powerful and loyal force to be reckoned with. They all had a unique knowledge and power that when combined, helped Everleigh along the way to becoming a true Winter Queen. It wasn't even a second thought for me to cheer this Kingdom on in the good fight!

The story... was good, and kept me on my toes. There was a “who dunnit” plot that was entertaining to read along with. While Everleigh was visiting King Heinrich to seek an alliance with his kingdom, I was introduced to his world and meet some nice and not so nice characters. Some of them were just straight up shady as hell, but they all gave a pretty damn good basis for a plot twist and a Oh My God ending. Now there was some loss and heartache, but the story also gave me hope with a triumph and a lot of love. The only thing I regret is not having read the first book yet, cause it sounds amazing! I highly recommend this book!