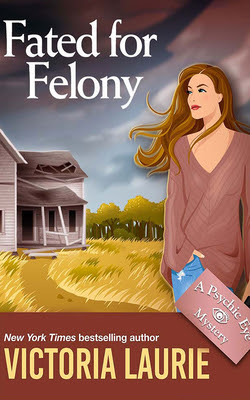 When three newbie agents at the Austin’s FBI cold-case bureau resent having to work alongside a psychic consultant, Abby Cooper finds herself in hot water after they contact super-popular podcaster Mike Toscano—a former agent and huge skeptic of Abby’s abilities.

To prove that she’s the real deal, Abby will have to solve Toscano’s oldest—and coldest—case, and she’ll have to do it on air with millions of Toscano’s fans critiquing her every move. To make matters worse, the D.C. brass is threatening to shut down the Austin offices if Abby doesn’t bring home a win.

But helping to solve the unsolvable is what Abby does best, and she’ll be bringing her A-game to Toscano’s podcast. The only trouble is the killer could be listening…

Abby Cooper, the Psychic Detective, is at it again with another thrill riding case.  Working as a consultant for the FBI, Abby Cooper has made quite the reputation for herself for being incredibly accurate and closes even the hardest and coldest of cases with her intuitive abilities.  So when she comes head to head with a skeptic, it really pisses her off!

Mike Toscano, a former FBI Agent and a pod cast entrepreneur, comes forward and challenges Abby to a duel.  Mike believes that Abby's presence in the FBI is making them a laughing stalk.  Mike is a non-believer.  Non-believers are dangerous and usually egotistical.  Here is where Abby thrives and shines!  The tension that Toscano has created amongst the FBI group is so thick I could feel goose bumps on my arms!  Man I hate this guy!  But Abby never backed down.  She showed Toscano what she was made of and more.  The longer they spent time together, the more Toscano was understanding and truly believing Abby's skills.

It's been a while since I last read an Abby book, and this one just reminded me again why I love this series so much!  I was literally at the edge of my seat the whole time.  The more grim things looked for Abby, the more I wanted to punch Toscano in the face!  I can't wait to see what Abby gets into next!

Elizabeth Michaels continues to deliver a wonderful performance for Abby and her friends.  I love her warm and understanding tone, but she can also deliver some sass and wrath when need be.  Elizabeth just knows how to take Victoria's stories and bring them to life, thank you.

~GIVEAWAY~ WIN A SIGNED COPY OF THE JOHN HAZARD SERIES!

Giveaway for signed copies of the John Hazard series!

When Walt Turner's mother died, he inherited her apartment and the antique shop below. After losing his job due to the treachery of a co-worker, The Spirit Box calls to him from the darkness of the shop with an offer of revenge. Lured by the promise of ultimate power and eternal life by the prisoner inside the box, Walt agrees to help it gather the final spirits it requires to return to human form.

John Hazard is investigating a series of murders and missing persons in this otherwise quiet town. His perceptions of reality are about to be altered in a life changing confrontation that will force him beyond the boundaries of darkness and ancient evil.

It is a spiraling descent into madness, where you may have everything you desire, if only you are willing to sacrifice all that you believe. When you look into The Spirit Box, be prepared to have more than your breath taken away.

John Hazard is back on the trail of danger! After a life-altering event, he has resigned from the police department in small town America and enrolled in a Paranormal Investigation course at Bay University, a community college in San Francisco.

For their final grade, the class ventures to the Pacific NorthWest to film a documentary on a mysterious phenomenon they call “The NorthWest Triangle,” where scores of small aircraft and people have gone missing without a trace.

Professor Macy Renner believes the answer lies in an unsolved mystery from her own past and is determined to discover it, no matter the cost.

Emily Sparks has her own reasons for going, and it’s not just about the money. She is about to jump from the frying pan into the fire as she signs on for a journey that will transport her into the veritable jaws of hell.

Can a rag-tag team of misfits succeed in uncovering the source of the supernatural anomaly, or will the terror that lies in wait consume them in the process?

Come along on an adventure where you will learn that you don’t have to outrun the creatures behind you. You only have to run faster than the person beside you!

John Hazard and Emily Sparks have been to hell and back in the forests of the NorthWest, but there’s a new relationship developing between them, and more predators to deal with at home. A ruthless gang is hunting Emily, the only witness to a mob hit, and there is only one way to put an end to their threat. Fight fire with fire.

Once the menace has been eradicated, they’re working to put their lives back on track and get their Paranormal Investigation business off the ground. Life is uneventful until late one night a call comes from a friend with an obscure message. “If you don’t hear from me by morning, come over to my lab. Something may have gone wrong.”

In a mind bending adventure through a portal to another world, against overwhelming odds and horrific creatures, they will join a team of John’s former Marine comrades to bring back their friend, alive or dead. 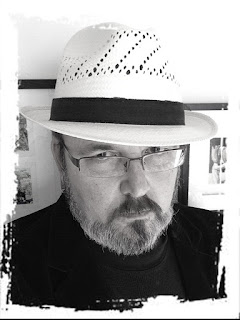 Meet JH Glaze, an Author, Artist, and Entrepreneur. He was born in Ohio and left to travel the country looking for new opportunities. Eventually he landed in Atlanta GA, where he lives with his wife Susan, who moonlights as his editor, 2 dogs and a Senegal Parrot who hates, but tolerates him.

His writing includes the paranormal/horror/thriller series 'The Paranormal Adventures of John Hazard' which currently consists of 'The Spirit Box', 'NorthWest' and 'Send No Angel'. The stories center around a main character, John Hazard, a former police detective turned paranormal investigator. Many more adventures are planned and readers are invited to "Stay Tuned".

JH Glaze has also developed a short story series entitled The Horror Challenge, whereby he solicits his readers for a word or phrase that he then uses to develop a short story. This method of story development brings the reader into the creative process then credits their story suggestion at the time of publishing.

With the Novelettes, The Life We Dream and Forced Intelligence, JH Glaze expanded his writing into realms of paranormal romance and science fiction, while maintaining a compelling story telling style. A new paranormal series, Rune adds yet another layer to his work and he is excited about the future episodes of this serial novel which will be released one thrilling episode at a time.

A signature of his writing style is a blend of humor and horror. He delights in giving the reader something to savor in every story. When you are looking for something different to thrill and entertain you, try a novel or story by JH Glaze.

Enter to win a signed copy of The Spirit Box, NorthWest, and Send No Angel by J.H. Glaze.  One winner will win all three books.

To be entered you must subscribe to blog updates, (subscribe button is on the top left corner of the page) and leave a comment below with a valid email address that you can be reached at if you win.

Giveaway will close on April 30, 2021 at midnight Central Time.