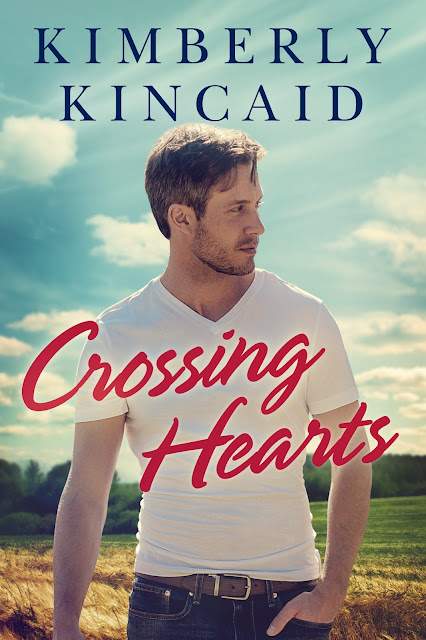 Hunter Cross has no regrets. Having left his football prospects behind the day he graduated high school, he’s happy to carry out his legacy on his family’s farm in the foothills of the Shenandoah. But when a shoulder injury puts him face-to-face with the high school sweetheart who abandoned town—and him—twelve years ago, Hunter’s simple life gets a lot more complicated.

Emerson Montgomery has secrets. Refusing to divulge why she left her job as a hotshot physical therapist for a pro football team, she struggles to readjust to life in the hometown she left behind. The more time she spends with Hunter, the more Emerson finds herself wanting to trust him with the diagnosis of MS that has turned her world upside down.

But revealing secrets comes with a price. Can Hunter and Emerson rekindle their past love? Or will the realities of the present—and the trust that goes with them—burn that bridge for good? 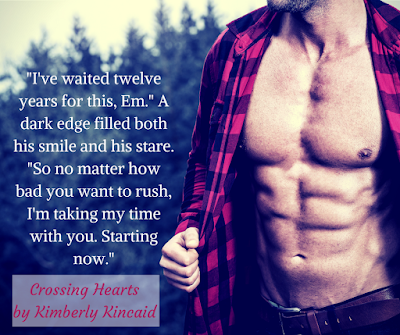 "I’ve got a patient for you, so I thought I’d pop over to see if you have an opening today," Doc Sanders said.

Emerson thought of her schedule, complete with the tumbleweeds blowing through its wide- open spaces, and bit back the urge to laugh with both excitement and irony. “I’m sure I can fit someone in. What’s the injury?”

“Rotator cuff. X-rays and MRI are complete, and Dr. Norris, the orthopedist in Camden Valley, ordered PT. But the patient is local, so I figured if you could take him, it’d be a win-win.”

“Of course.” An odd sensation plucked up Emerson’s spine at the long-buried memory of a blue-eyed high school boy with his arm in a sling and a smile that could melt her like butter in a cast-iron skillet. “Um, my schedule is pretty flexible. What time did he want to come in?”

“Actually, he’s a little anxious to get started, so he came directly here from the ortho’s office . . .”

Doc Sanders turned toward the hallway leading to her waiting room, where a figure had appeared in the doorframe. Emerson blinked, trying to get her brain to reconcile the free-flowing confusion between the boy in her memory and the man standing in front of her. The gray-blue eyes were the same, although a tiny bit more weathered around the edges, and weirdly, the sling was also a match. But the person staring back at her was a man, with rough edges and sex appeal for days, full of hard angles and harder muscles under his jeans and T-shirt . . .

Emerson stood with her feet anchored to the linoleum, unable to move or speak or even breathe. For the smallest scrap of a second, she tumbled back in time, her heart pounding so hard beneath her crisp white button-down that surely the traitorous thing would jump right out of her chest.

A blanket of stars littering the August sky . . . the warm weight of Hunter’s varsity jacket wrapped around her shoulders . . . the warmer fit of his mouth on hers as the breeze carried his whispers, full of hope . . . “Don’t go to New York. Stay with me, Em. Marry me and stay here in Millhaven where we’ll always have this, just you and me . . .”

The deeper, definitely more rugged-around-the-edges version of his voice tipped the scales of her realization all the way into the present. She needed to say something, she knew, she knew, but her mouth had gone so dry that she’d have better luck rocketing to the moon in a paper airplane right now.

“I work here,” Emerson finally managed, the truth of the words—of what they meant—delivering her back to reality with a hard snap. She hadn’t returned to Millhaven for a jaunt down memory lane. Hell, she’d only come back when her process of elimination had dead-ended in total despair. She was here for one thing, and one thing only. To bury herself in as much work as her body would allow.

Even if her first client probably hated her guts. 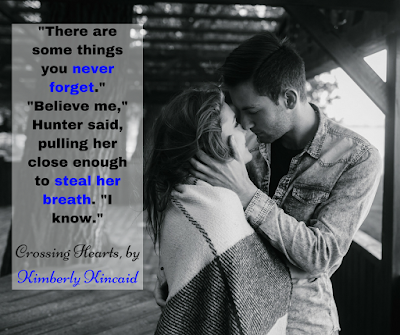 Kimberly Kincaid writes contemporary romance that splits the difference between sexy and sweet. When she's not sitting cross-legged in an ancient desk chair known as "The Pleather Bomber", she can be found practicing obscene amounts of yoga, whipping up anything from enchiladas to éclairs in her kitchen, or curled up with her nose in a book. Kimberly is a USA Today best-selling author and 2016 and 2015 RWA RITA finalist who lives (and writes!) by the mantra that food is love. She resides in Virginia with her wildly patient husband and their three daughters.