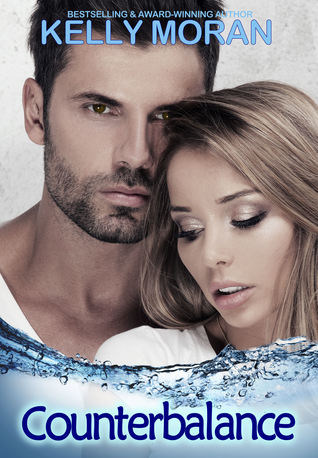 She’s a beauty, but he’s just a geek.
The world might think billionaire Xavier Gaines has it all, but he’s got a big problem. His successful software company is about to sign a government contract that’ll land him smack in the glare of the public limelight, and his lifelong battle with social anxiety has marked him as a cold, uncaring bastard in the eyes of the press. To dispel the unflattering image, he needs help, and there’s only one person he trusts with the job—Peyton Smoke. Gorgeous, kind, and funny, she agrees to be his media relations director and soon embeds herself so deeply in his life, his world will crumble if anything upsets the balance. He cannot screw up their solid unit. No matter how achingly he desires her. Yet, how is he supposed to resist when she tugs emotions from him he didn’t think he was capable of experiencing? Especially since it appears he’s not the only one fighting their undeniable attraction.

Xavier Gaines is a geek extraordinaire and self made billionaire of a software company, and the dude can't get a woman!  Well he can have any "woman" he wants but can't get one that is not just after him for his fortune.  His company is about to go all military contract and he needs a reputation make-over, and who better to do that than his long time high school buddy Peyton Smoke.  Peyton has the skills in PR to help X in more than one way but unbeknown to her, she's not only turning his business reputation around, she is landing right smack in the middle of the greatest love story ever told!  Can Peyton melt his hard drive?  Can Xavier make Peyton see she is worth all the love he has to give her?

This story starts out innocent enough, with Xavier needing a media relations guru to turn his reputation around, but when he has a meeting with Peyton after not seeing her for years, he is immediately attracted to her.  Not knowing how to act, he shows no confidence in a social setting and Peyton has no choice but to help her friend who is obviously in desperate need.  Peyton hits the ground running and turns the place upside down (but in a good way), and has X on the right track very quickly, all the while during a two year span the two get closer and closer.  The attraction is there, and as days, weeks, and months go by they (meaning X), find it more and more difficult to keep things professional.

Xavier's character was very believable and relate-able to the generation, meaning geek= no social life, computer gamer, and genius.  I felt for him up to a point.  His brains and money commanded respect, but without a personality, or social skills he was still that shy nerdy guy with no friends.  He was very close with his parents, and did treat everyone professionally, he just didn't know how to be social.  I liked him very much, how could you not?  Peyton was a different story.  She lost her parents at a young age, lost her brother in the military, and lost her finance as well.  With that kind of loss and heart break it was easy to see why she was scared of love.  The love story that developed between the two over two years was refreshing.  Their friendship grew from high school into adulthood as well as their romantic feelings for one another.  I truly enjoyed the journey they were on, and was comforted by the fact that the author didn't feel the need to add drama, or violence into the mix in order to enhance the story.  Just a good ol' fashion love story here folks, with some steamy sex scenes to light your fire!  The detail their back story, along with the pain staking long time it took for these two crazy kids to have sex, (like about 80% into the book!) brought me to a new reality where built up sexual tension makes for one hell of a release!  Counterbalance is hands down one of the best contemporary romance novels I have read in a long time!


Kory Getman.  What in the world could I say about Kory that would get you to buy this audiobook now?!  Kory's voice was a really good choice for Xavier.  He had that high pitch geeky, awkward social guy voice, but pulled off a suave and debonair tone when his alpha side came out.  I don't know how to explain it, but it was spot on what I imagined Xavier would sound like, lol.  Kory and Xavier grew into a man during this book, and the proof is in his voice by the end of the book.  I just can't find words, but the man sure had confidence in bed, oy!  Kory is definetly an up and coming narrator I plan to keep a close eye on ;)   5 Fangs Kory, well done.

ADD TO YOUR GOODREADS SHELF:  https://www.goodreads.com/book/show/33375908-counterbalance