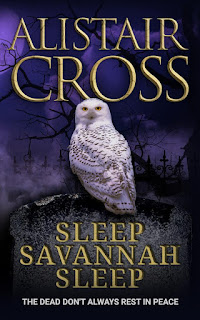 The Dead Don’t Always Rest in Peace
Jason Crandall, recently widowed, is left to raise his young daughter and rebellious teenage son on his own - and the old Victorian in Shadow Springs seems like the perfect place for them to start over. But the cracks in Jason’s new world begin to show when he meets Savannah Sturgess, a beautiful socialite who has half the men in town dancing on tangled strings.

When she goes missing, secrets begin to surface, and Jason becomes ensnared in a dangerous web that leads to murder. But who has the answers that will prove his innocence? The jealous husband who’s hell-bent on destroying him? The local sheriff with an incriminating secret? The blind old woman in the house next door who seems to watch him from the windows? Or perhaps the answers lie in the haunting visions and dreams that have recently begun to consume him.

Or maybe, Savannah herself is trying to tell him that things aren’t always as they seem - and that sometimes, the dead don’t rest in peace. 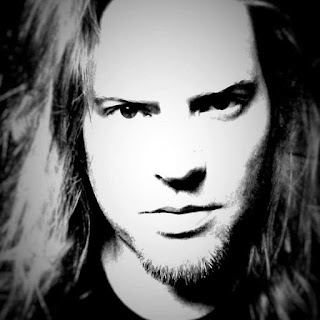 
"Alistair Cross’s THE ANGEL ALEJANDRO is an intriguing tale that pits evil against good and keeps the reader on edge with surprising shifts and changes."

- New York Times Bestseller, Dianna Love“Put Bram Stoker in a giant cocktail shaker, add a pinch of Laurell K. Hamilton, a shot of John Carpenter, and a healthy jigger of absinthe, and you’ll end up with Alistair Cross’s modern Gothic chiller, “The Crimson Corset” - a deliciously terrifying tale that will sink its teeth into you from page one.”

“The Angel Alejandro is as lush and ethereal as it is visceral and unholy. A demonic horde seeks to swallow up the citizens of Prominence made vulnerable by their weaknesses. Those who take a stand against the evil are emotionally damaged as well; particularly a sheriff who battles his personal demons in a bottle. The author had me rooting for each of them in spite of, or maybe because of their flaws. With masterful pacing, Cross brings a small mystery to a raging boil that threatens every soul in Prominence. His exquisite prose drew me into the story as if I were living it. Highly recommended.” 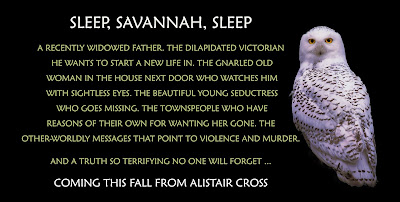