BOOK REVIEW: THE SECRETS SHE KEPT


Book Review On The Secrets She Kept, (Fairham Island #2)

**ARC provided by the publisher for an honest review** 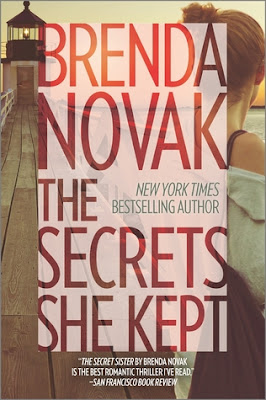 The rich and powerful Josephine Lazarow, matriarch of Fairham Island, is dead. The police say it's suicide, but Keith, her estranged son, doesn't believe it.

Keith bears scars—both physical and emotional—from his childhood, but he's worked hard to overcome the past. After walking away from his mother and her controlling ways five years ago, he's built a new life in LA. He's also accumulated a fortune of his own. But as soon as he learns of his mother's death, he returns to Fairham. He feels he owes it to his grandfather to put the family empire together again—and he's determined to find his mother's killer.

Josephine Lazarow is dead. She was the matriarch of the small community of Fairham Island, survived by her three children, Keith the eldest, Maisy, and Roxanne. The police ruled her death a suicide, but Keith knows that a woman like his mother would never commit such an act and tarnish her families name. Her death draws Keith back into the folds of a life he left behind many years earlier, and he's determined more than ever to find out what really happen. Can Keith see past his mothers monster in order to uncover the truth?

Let me start by stating how I have not read the first book in this series, nor have I ever read any of Brenda Novak's books before, EVER! About a quarter of the way through the book I felt very comfortable continuing on with this story because the author had provided enough back story on the characters past. I don't usually indulge in stories that include drug usage, however Keith has been in recovery for some time from his addiction, and although he still on occasion struggles, it is in his past and not the focus of the story. He moved to the other side of the country to get away from his abusive mother and created his own Fortune 500 Hundred Company. Despite that, he never found peace entirely when it came to his love life. His sister Maisy had stayed in Fairham with her husband and kids, helping her mother and friend Nancy on occasion with her flower shop. Roxanne and her family had already been living elsewhere when she was reunited with Josephine. The family dynamic was unique, for lack of any better description. This family was more screwed up than mine!

Keith showed up in Fairham unannounced, and took charge of the situation from the get go. He knew as soon as the police said suicide that they were wrong. Fairham had a lot of bad juju for Keith but for the exception of Nancy. Keith and Nancy had been lovers in the past when Keith was using. They were both in love but never admitted it, and that's when Keith abruptly left town and never looked back. A scorned woman, a dead mother, and a sexy new Police Chief make for one interesting whodunit novel. The twisted and sordid characters in this novel really made the story come to life! I was iffy about the drugs, the sex was hot, and the mystery was a jaw dropping discovery. I would highly recommend this book to any romantic thriller lovers out there!