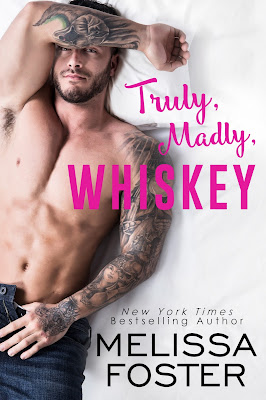 Eight months is a long damn time to have the hots for a woman who keeps a guy at arm’s length. But Crystal Moon is no ordinary woman. She’s a sinfully sexy, sass-mouthed badass, and the subject of Bear Whiskey’s midnight fantasies. She’s also one of his closest friends.

Just when Crystal thinks she has her life under control, scorching-hot, possessive, aggressive, and fiercely loyal Bear pushes all her sexual buttons, relentless in his pursuit to make her his.

The more Bear pushes, the hotter their passion burns, unearthing memories for Crystal that are best kept buried. But there’s no stopping the collision of her past and present, catapulting the two lovers down an emotionally charged road that has them questioning all they thought they knew.

"Like Nora Roberts, Melissa Foster has captivated me with her fantastic, sexy, romantic stories." K. Winning

"One of the greatest contemporary romance authors of all time." Underneath the Covers

"I'm highly addicted to her stories, and still want to kick my own behind for taking so long to finally read her." The Power of Three Readers

They drove to Woody’s Burgers in silence, which was how he knew there was probably more to this than a shitty visit with her mother. He also knew she wasn’t going to tell him what was really going on. At least not yet. He came on strong, but they had a solid friendship that felt more like a relationship and went beyond his desire to finally taste her luscious mouth. He cared about her, and one way or another, he’d figure out a way to get her to talk. He had to, because knowing she was hurting and not being able to fix it made him want to tear someone’s head off.

He parked the truck and reached across the seat, giving her hand a comforting squeeze. “Hey.” He waited until she met his gaze. “Whatever’s going on, you know you can talk to me.”

Her eyes fell to their hands, and a hint of a smile lifted her lips. “Yeah, I know. Thanks.”

Woody’s was a low-key burger joint with brick walls that had been painted white and bright green tables and benches. Overgrown ferns and decorative iron lights hung from metal rods along the ceiling. The floor was a mismatched patchwork of wooden planks. It didn’t look like much, but they had the best burgers and fries in Peaceful Harbor, and tonight Bear had the prettiest girl in the harbor on his arm, too. It was a good night, despite the cloud hanging over Crystal’s head. He’d shelter her from whatever storm came her way.

He slid into the booth beside her.

“There are two benches for a reason,” she pointed out.

“Oh, right.” He kicked his feet up on the bench across from them, the tips of his black leather boots visible over the edge of the table.

“Your turn.” He tapped her thigh, leaving his hand there as she lifted her feet beside his.

She pushed his hand from her thigh without a word, and he stretched his arm across the back of the bench.

“Are you always like this?” She picked up the menu and looked it over.

“You’ve known me for a long time. You tell me.”

“I know how you are with me. I mean with other girls. I’ve never been out with you, like on a date.”

He began kneading the tension from her shoulder. “Then maybe it’s time to remedy that.”

The waitress interrupted before she could respond, and they ordered burgers and fries, and Crystal ordered a milk shake. Chocolate, vanilla, and strawberry mixed, please. She was unique in everything she did, and he loved that about her. Their food came quickly, and they made small talk about getting ready for Tru and Gemma’s wedding.

When he couldn’t stand the edge in her voice any longer, he said, “Tell me about your mom.”

She shrugged. “Nothing to tell. We’re not very close.”

“Why was tonight so rough?” He picked up a fry and dunked it in her shake as she lifted her burger to her mouth.

“Um…?” She lowered her burger to the plate. “What are you doing?”

“Dunking my fry in your shake.” He popped it in his mouth. “Haven’t we done this before?”

“We’ve known each other for almost a year and we’ve never had fries and shakes? That’s not true and you know it.”

“You’ve never dunked your fry in my shake,” she clarified.

He brushed his shoulder against hers. “Whose fault is that? I would love to bury my fry in your luscious milk shake.”

She laughed. “Not happening.” She took a big bite of her burger, her cheeks puffing out like a chipmunk, clearly trying to avoid talking about that.

He finished his burger and put his arm around her again, dipping another fry in her shake. He held it up for her, and she swatted his hand away, pointing to her full mouth. Her eyes were wide, but smiling, which he totally dug.

“Okay, I’ll tell you what. Tell me why tonight was so rough, and I’ll leave your shake alone.”

She shook her head, and he dunked another fry. She whimpered, trying to swallow her burger as quickly as she could.

She laughed/snorted and choked on her burger. He patted her on the back, both of them laughing.

“I’ll help you with that whole swallowing thing,” he offered, which made her laugh harder, causing her to snort again.

She tried to catch her breath, and he dunked another fry.

She eyed the fry as if it were poison.

“One bite.” He dragged the fry along her lower lip. Leaning closer, he said, “You’d better lick that off before I do.”

Her eyes narrowed, and her tongue swept over her lower lip.

“Stick with me, baby. I’ll make sure you get your fill of salty and sweet.” 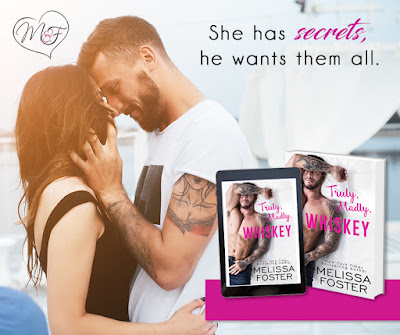 Melissa has painted and donated several murals to The Hospital for Sick Children in Washington, DC. Her interests include her family, reading, writing, painting, friends, helping others see the positive side of life, and visiting Cape Cod.

Melissa is available to chat with book clubs and welcomes comments and emails from her readers. Visit Melissa on Facebook or her personal website.

Never miss a brand new release, special promotions or inside gossip again by simply signing up to receive your newsletter from Melissa. 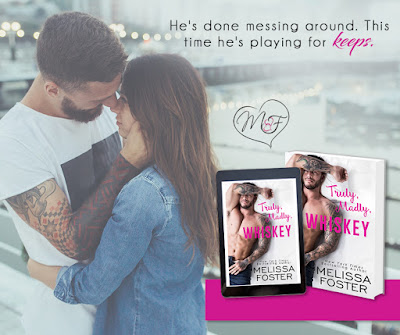