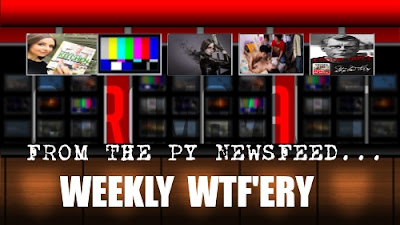 This new weekly from PY is pretty self explanatory!  The stories and images that have come across my feed on Facebook during the week that made me say, "what the fuck"?!  Their were no other words that could describe what I was seeing.  I mean....wow!  So just in case you missed them, here are the worst of the worst I have encountered over the week.  Enjoy :)

3.)  +Freddie Prinze Jr.'s new cookbook was released on June 7, 2016, and his wife +Sarah Michelle Gellar proudly display's her support with a selfie on Instagram.  Just take a look at the comments, as to what Tim Hooker has to scrutinize... 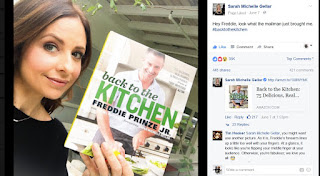 (Lets count down from the worst to the worst-est for dramatic affect!)


2.)  Stephen King's new book, End Of Watch was released on June 7, 2016.  Pictures of King on his book tour prompted an investigation as to his tour schedule, when I found this... Update for END OF WATCH Book Tour
Posted: March 9th, 2016 12:21:58 pm EST
Below is the list of confirmed bookstores that will be sponsoring Stephen’s appearances. The format for these venues will be on-stage conversations and there will not be a book signing. Stephen will be pre-signing 400 books for each store that will be given out randomly at the event. More details will be released as they become available.

And it gets better... Purchasing a ticket guarantees entry to the event as well as a hardcover edition of END OF WATCH. As a special bonus, we've been told that a limited number of attendees will randomly receive signed copies, so we wish you luck!

Check it out for yourself on King's website HERE! 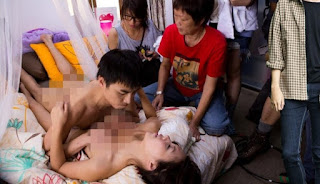