By +Molly Harper  and Narrated By Amanda Ronconi 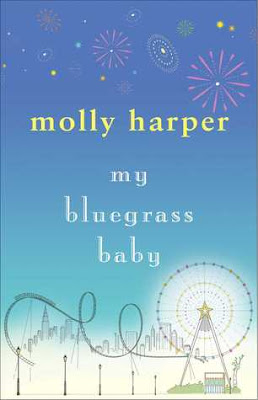 Sadie Hutchins loves her job at the Kentucky Tourism Commission. Not only could her co-workers double as the cast of Parks & Recreation, but she loves finding the unusual sites, hidden gems, and just-plain-odd tourist attractions of her home state. She’s a shoo-in for the director’s job when her boss retires at the end of the year…until hotshot Josh Vaughn shows up to challenge her for the position.

Sadie works for the Kentucky Tourism Commission creating tourism ads for the state. When her boss gets ready to name her his successor, Josh Vaughn swoops in and is announced her new boss, WTF?! Having no idea that his boss hired an outsider, the current commissioner pits Sadie and Josh against one another in a race to win his job. Along their journey of humiliating but funny pranks, (mainly on Josh) they fall in like with each other, lol. This fictional, but based on reality, (unlike vampires and were's) love story was both a light and refreshing change of pace from Harpers other works. Her style is unique enough to put me in my comfort zone, but not so much that I feel like reading her stuff is getting stale. Each character has their own corky personality which enhanced Sadie's likability, and had me rooting for her to kick Josh's ass! I also loved how Sadie's personal likes were shown in her work, much like someone close I know ;)


Narrator Review
Amanda Ronconi narrates for this awesome audiobook. Ronconi has been known in the paranormal genre world, and yes I have reviewed her work before. She also narrates for Harper's previous books and does a bang up job! Amanda is one of those gems of a narrator that can do no wrong. I love her tone of voice, how she depicts each characters personality, and adds that just so perfect timing on her snarkiness. So if you ever catch yourself browsing audiobooks, and see Ronconi is the narrator, no matter what the book, BUY IT!

A list of Molly Harper's PNR books I refer to:

(All links will take you to Harper's website, where each book is listed with buy links & blurbs.)