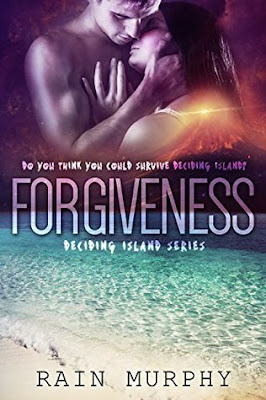 Creature Notte Star has always fought for the betterment of her kind. She has suffered the loss of loved ones at the hands of humans. She understands that most of the species in her world are a result of Adam’s experiments to recreate his own DNA. None of this matters when she discovers she is being sent to Deciding Island for judgment. Stories of her kind becoming Island Ash have haunted her since childhood. There are no memorials for those that don’t come back from DI...

Creature is this kick ass heroine vampire that works as a combatant, aka police, protector, (or whatever you want to call it), and keeps order amongst her species here on earth. `When her Uncle Ross, whom is also her boss, sends her out on a no kill mission to rescue a group of kidnappees, shit goes wrong, and she finds herself on Decision Island. Decision Island is where the non-humans go when they break the rules, and not all of them return...

Creature Notte Starr lost her parents as a young child and was raised by her Uncle Ross and along with her cousin Thomas. She knows pain and grief all to well, especially after losing her husband in the last war. For Cre to be able to cope with such a loss, she has been working undercover and taking out the “bad guys” as a vigilante. Her Uncle warned her that if she didn't quit their was the strong possibility she would be sent to DI. Trying her best wasn't good enough and she landed herself on the island. Terrified that she would never see her family again, Cre just wanted to hurry up and “learn her lesson” from the island. The one thing Cre did not factor in was that her lesson involved Mica, her soul mate.

The lesson behind the story kids is forgiveness, just as the book title suggests. You can run, but you can never hide from your pain. Cre had a ton of pain that she buried deep down, and while on the island had to face that pain and deal with it. Along her journey were some interesting characters, in particular a little potty named Blue. The interactions Cre experienced with others while there was what made this story so intriguing. I caught myself saying out loud, "awe", and "oh no" a lot! It was such a heart felt book to read that I don't think I have encountered such a story written quiet this way. The book appealed to my love of the paranormal, fantasy, and romance. Creature and Mica's story is definitely one I will never forget!