A captivating contemporary romance!! One you don't want to miss!!! -- Who's Reviews and More 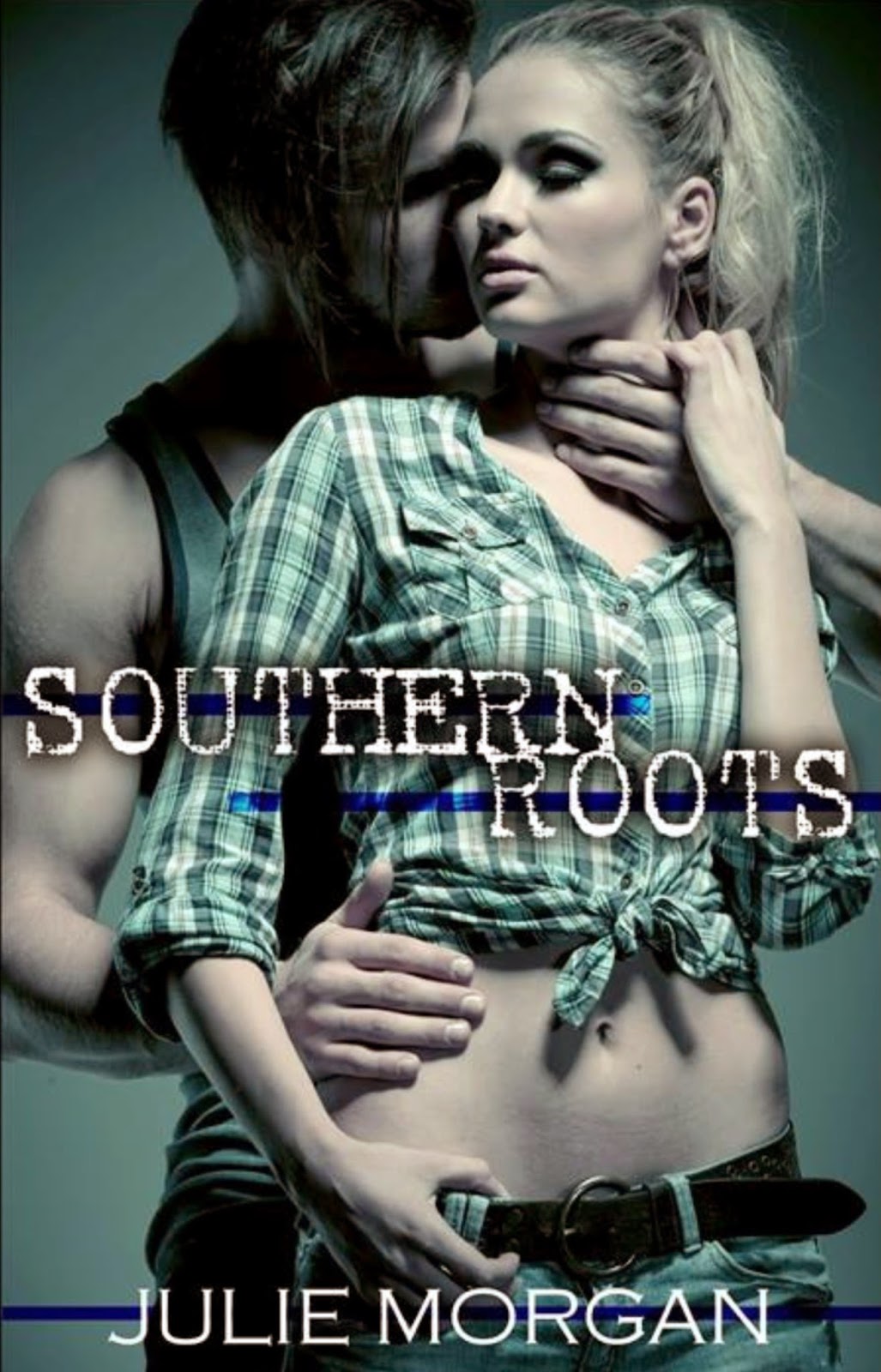 Synopsis:
Returning home never looked so good...Home from college to help her mother on the family farm, Lexi Griffin expects things to be quiet and normal. She's back in her hometown, and everything is the same as she left it, including the slowly mending broken heart given to her by her high school sweetheart, Blaine.After years away, Robert Shaw has returned to his hometown for his father's wedding, looking forward to reconnect with old friends, but he has no clue what's in store for him when he sees Lexi again. Sparks fly between the two, and Lexi is a bit reluctant to start anything with Robert, especially when past wounds haven't healed the way they should have. Robert is determined to have her, against all odds and good sense. A girl like her came around once in a lifetime, and he never forgot her.And then Blaine comes back to town, intent on rekindling what he had with Lexi, even though his past cheating and drug use has slightly soured him in her eyes. She still loves him, but can she forgive him?As Lexi takes a leap of faith, she suddenly faces the ultimate betrayal from one she trusted. Will she realize the truth in time or will corruption ruin the best thing that has just walked out of her life?

“Well, I have pretty much everything I want, yes. But not everything I might need.” His thumb gently ran over the back of her hand.
She held her breath for a moment before she lowered her gaze. In her entire time with Blaine, he had never talked to her like this. It was always about his music, getting signed, and getting the hell out of Dodge. Looking back on it, she believed he never intended for her to be part of his future. She turned away from Robert for a moment and removed her hand.
“What’s the matter? Did I say something wrong?” He asked her.
“Hardly,” she scoffed. “If anything, you’re saying all the right things.” She looked over and glared at him. “Why? Why are you here with me? Why are you doing this?”
“Whoa, wait, what? What am I doing? I’m not sure I understand.”
“You told me yourself that you’re leaving at the end of summer. You told me you didn’t want to become serious, you know, just be friends.”
“Yeah?” He answered.
“Then why do this? Why go through all the trouble of trying to flatter me when it’s all for nothing?” She sat back in her chair and folded her arms over her chest.
He raised his brows, having no idea where this outburst was coming from. He watched her for a moment and considered a different approach. “If this is about Blaine, I’m not him.”
“It’s obvious you’re not him.” She turned and glared at him.
“Then what’s the problem? I fail to see what I did wrong here.”
“That’s it right there!” Her voice began to rise.
He shook his head, still not getting it. “What is? Help me understand.” He kept himself calm and at the same time, felt something inside of him want to yell out for her to cut the shit… that he wanted to be with her. But did he? He was leaving, like she said.
“Bobby Ray, really?” She looked over to him. “You are saying and doing all the right things to woo me.”
“Woo you?” He raised his brows and tried not to smile.
“YES! Woo me!” She huffed and turned away from him. “And dammit, it’s working, okay? You’re leaving and… and…” She stopped and sat there, not saying anything else.
Robert stood up from his chair and ran his hand down his face. Since they were done with their dinner, he felt it was time to change the scenery. He walked around in front of her and offered his hand.
“What are you doing?” She looked up at him.
He saw her eyes wet with threatening tears. “Well, if you’ll take my hand, you’ll find out.”
She shook her head and looked away.
“Lexi, come on. Take my hand. Don’t make me beg, because I have no shame in begging. I’ll get down on my damn knees and cry out for you to take my hand.”
She gasped and looked back at him. “You wouldn’t!”
“Oh I most certainly would!” He grinned and began to get down on one knee.
She immediately put her hand in his. “My god, don’t do that!”
He helped her stand and gave her a lop-sided grin.
She found herself smiling and shook her head. “Okay, now what?”
“Let me lead and you follow. Remember?” He offered more of a smile, softening his face. He saw reluctance in her response, but she followed him nonetheless.
He led her down the stairs to the dance floor. The song ended and To Make You Feel My Love began to play. He led her out to the dance floor, and turned her to face him. He placed his hand on her waist and took her hand.
She rested her hand on his shoulder.
He led her in a slow two-step, keeping his eyes on hers. The first few steps he felt her rigid body. “Relax,” he told her.
“I’m trying,” she replied.
His fingers spread across her back and he pulled her closer to him. His head leaned in and his cheek touched hers.
Her hand moved up around his neck and she began to press her body against his. She relaxed more into his hold as they danced.
"You are the most beautiful, most caring woman I've met in a long time.” He whispered into her ear. “You carry so much on your shoulders, yet you seem free. It's as if nothing can hinder you. Even with me, you see me, not the person everyone else sees. This is what attracts me to you. You're like my light in a dark tunnel."
Her arm tightened around his neck. He pulled her hand in and rested it above his heart, holding her closer. Their steps were small as they danced together.
She raised her gaze up to his and looked into his eyes. “You have no idea how much what you said means to me.”
“I can only guess.” He smiled.
The song ended and their eyes remained on each other’s. At the last chord, he stopped, cupped her face, and kissed her. It was soft, sweet, and not rushed.

From the author:
"As the author of Southern Roots, I had so much fun writing this story! The inception came to me one day when I watched a few kids jump from a cliff into the lake below [it]. That took me back to when I was a teenager and we would go to the lake. The friends would jump the cliffs, not me. I was always too chicken! However, the story began building itself from there. Bobby Ray developed, as did Blaine and Lexi. Blaine's characters is actually loosely based off someone I used to date years ago. Look for his story, City Lights, coming in October 28th, 2014!" 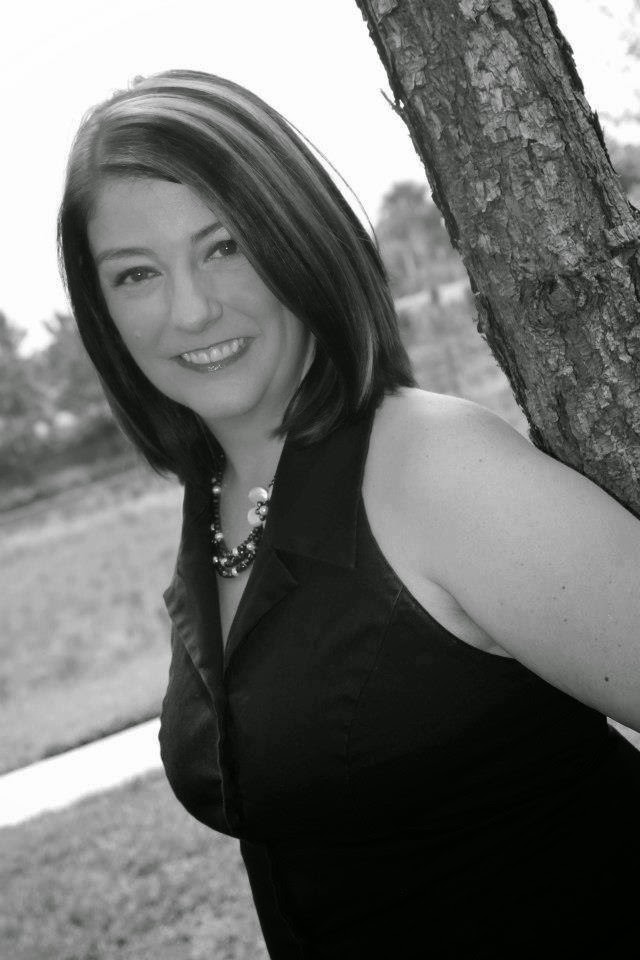 Originally from Burleson, Texas Julie always had a love of books, especially paranormal stories. Julie finally took the leap and began writing with encouragement from her family.

Having worked in IT her entire career, Julie now spends her free time writing. Living in Central Florida with her husband and daughter, her favorite pastime is reading children's stories to her daughter, especially those around animals.