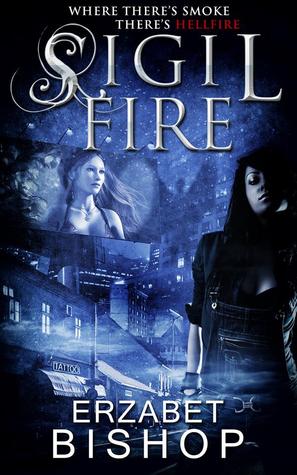 Blurb:   Sonia is a succubus with one goal:  stay off Hell's radar.  But when succubi start to die, including her sometimes lover, Jeannie, she's drawn into battle between good and evil.

Fae is a blood witch turned vampire, running a tattoo parlor and trading her craft for blood.  She notices that something isn't right on the streets of her city.  The denizens of Hell are restless.  With the aid of her nest mate Perry and his partner Charley, she races against time before the next victim falls.

The killer has a target in his sights, and Sonia might not live to see the dawn.

Review:  This book is about a world where vampires, succubi, werewolves, and witches exist amongst humans unbeknownst.  There is a serial killer out there that has targeted succubi, and Detectives Perry and his partner Charley are hard at work trying to solve the puzzle to this mystery.  Perry, a vampire, and Charley a succubi are just baffled at what kind of creature has the ability to kill succubi.

Fae, a blood witch turned vampire, is having nightmares of a red haired woman being stalked and killed by an unknown evil entity.  She tries to catch up and help her but always gets to red too late.  Perry seeks the help from Fae on the case, since she has powers beyond his, and eventually puts two and two together, that her dream is related to the serial murders.

Sonia, a succubi older than time itself, is working as a fetish model and is totally clueless that the murders are directly related to her!  As her fellow succubi and also friends are being murdered, she is sent to Fae by a mutual friend to acquire a sigil, which is a protection spell in the form of a tattooed symbol.  When the two women meet for the first time, the pieces start to all come together, and an unusual bond is formed immediately.  Together, they face the biggest battle of their lives and pray to the Goddess that they survive!

As we are taken through the character development and forming connections, I was pleasantly surprised at the level of skill put into this story.  I absolutely loved the world that was created, as well as the characters involved.  Unraveling the back story to the main characters was pretty fucking genius!  There was such jaw dropping detail to the story that connected multiple people in such a creative way.  I was totally into the story and sad to find it to be so short, but then again, it is a novella.  The story has definitely peaked my interest by A LOT, and I am craving for more!  I can't wait to dig in to the next installment!!

Did you find this review helpful, fantastic, or otherwise all around great?  Then Click +1 please, and follow me!
Posted by Kim at 6:04 PM