Karen Marie Moning is coming to Newport, KY for the new book release of Burned, book 7
from the Fever series, WOO HOO!!

With special guests #1 New York Times Bestselling author J. R. Ward and Audiobook Narrator Phil Gigante!!!
• You must purchase BURNED from Barnes & Noble in order to get in the signing line. All who purchase a book will receive a wristband to get in line.
• If you purchased BURNED from Barnes & Noble or BN.com prior to the event, simply bring your receipt with you and you will receive a wristband.
• Karen Marie Moning will sign up to two books per person. One of these books may be from home.
• No flash photography or videotaping of the event is permitted.
• BURNED in audiobook and assorted backlist titles will also be available for purchase at the store.
• Immediately preceding the signing Karen Marie Moning will do a Q&A with readers and Phil Gigante will do interactive readings from BURNED with a few lucky fans AND J.R. WARD'S gonna be there too!
•There will also be exciting GIVEAWAYS!!!
*There will be no tickets, it's first come, first served.

Karen Marie Moning was born on November 1, 1964 in Cincinnati, Ohio, the daughter of Anthony R. Moning and Janet L. Moning. Moning graduated from Purdue University with a Bachelor's degree in Society and Law. Before becoming a full-time writer, she worked as a bartender, a computer consultant, and an insurance specialist.
Moning began her career writing paranormal romance set in Scotland but as she became increasingly fascinated with Celtic mythology, she switched genres to Urban Fantasy and location to Dublin, Ireland, so she could focus on the Tuatha Dé Danann, or Fae—an ancient race of immortal beings who have lived secretly among humans for millennia.

Born Jessica Rowley Pell Bird in 1969 in Massachusetts, United States, she is the daughter of W. Gillette Bird, Jr. and Maxine F. Bird.  She began writing as a child, penning her thoughts in diaries as well as inventing short stories. The summer before she went to college she wrote her first book, a romance novel.  After that, she wrote regularly, but for herself.  Bird attended Smith College where she double majored in history and art history, concentrating on the medieval period.  She then received a law degree from Albany Law School, and worked in healthcare administration for many years, including as the Chief of Staff at Beth Israel Deaconness Medical Center in Boston, Massachusetts.
In 2001, Bird married John Neville Blakemore III.  Her new husband encouraged her to try to get an agent and market her manuscripts. She found an agent, and in 2002 her first novel, a contemporary romance called Leaping Hearts, was published.  Several years later, Bird invented a world populated by vampires and began writing single-title paranormal romance novels under the pen name J.R. Ward. These novels are a series, known as the Black Dagger Brotherhood.
Bird likes to write series novels which incorporate characters from her previous books. She likens the process of creating a series to "meeting friends through other friends".  Her heroes are most often alpha males, "the tougher, the cockier, the more arrogant, the better", while the heroines are smart and strong.
The Romance Writers of America awarded her the RITA Award for Best Short Contemporary Romance in 2007 for her novel From the First.  She has also been nominated six times for Romantic Times Reviewer's Choice Awards, winning once for Lover Awakened. 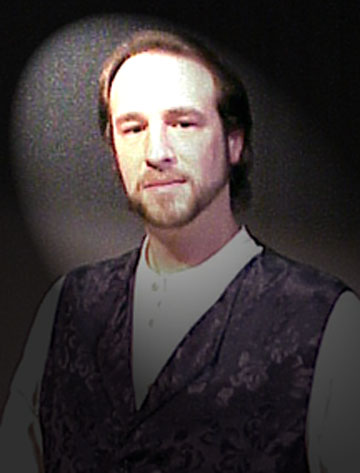 Phil Gigante has narrated over 70 audiobooks, including Audie Award winner The Dark Highlander. An actor, director and producer with over 20 years experience in theatre, film, television, and radio, he is currently the artistic director of Gigantic Productions and Little Giant Children’s Theatre. He makes his home in the Midwest.
I will be attending this event, cause how could I not?!  Keep watching, I will post everything I can scoop up from this event, and if any of my followers are going, I would love to meet you!  Let the countdown begin..........35 Days Until I meet them, excellent my pretty's, excellent!  (Insert evil laugh here).
Posted by Kim at 11:23 AM